A story of commited men

Description of men who conceived Bodin

The story begins with 3 breeders from Vendée, who are passionate and convinced by a better agriculture, as was Jean Bodin.
Thereafter their stories : 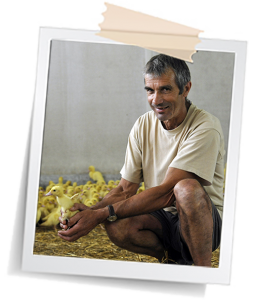 « In 1989, I went to see Marcel Bodin, who was one of my customers in the public works. I wanted to create something in agriculture. It was perfectly clear for me that I wanted to do organic agriculture or agriculture with a label. There were no other possibilities. The organic breeding was a conviction for a long time, it was already in our values. And, without any judgement, I didn’t want to raise poultries, which did not see the sunlight. The first building was built in 1990 and the poultries came on May 17th. I still remember it.  In 1998 we already had three buildings. The construction of a storage shed was essential too, because poultries need straw and quality straw as much as possible. It was our conviction. »

In 1992, Marcel Bodin gets into the manufacturing of organic feeds for poultry in order to control the organoleptic quality. 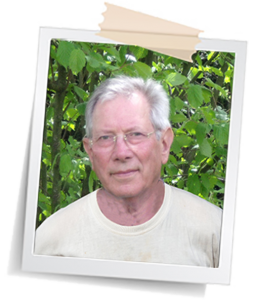 .
“The story began with 2 men: Mr Perroy and Mr Racineu, who started a first organic chicken production in 1979. They didn’t manage to sell their chicken so they came to see my father, Jean, to help them to sell them on markets. Their chicken weren’t beautiful because they lacked of proteins. So I started the first feed formulation. Many attempts have were been done to find the perfect feed, appropriate to organic chicken.

We were 28 people in France to draft the organic specifications. Lots of people were against us. The frauds department went every week for unexpected visits and followed me everywhere. But we proved that we were able to produce poultry without pesticides and chemical products.”